Scheduling your first Python Interview or the first one after a while? Preparing for a Python Coding test? This collection of Python Interview questions should help you getting up to speed. 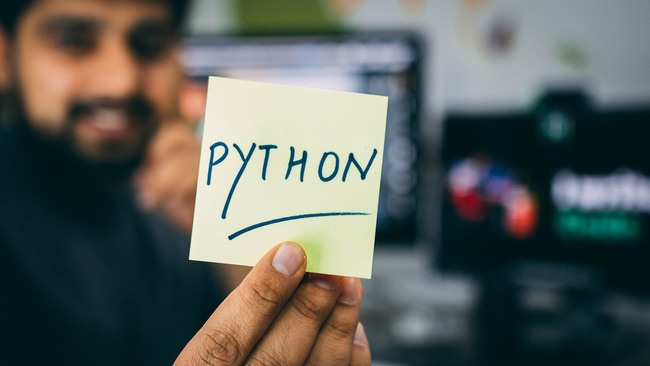 PEP 8 is a coding convention, a set of rules, about how to make your Python code more readable.

Lists are mutable i.e they can be edited. Tuples are immutable (tuples are lists which can’t be edited).

Lists are slower than tuples. Tuples are faster than list.

What is the difference between deep and shallow copy?

Deep copy is used to store the values that are already copied. Deep copy doesn’t copy the reference pointers to the objects. It makes the reference to an object and the new object that is pointed by some other object gets stored. The changes made in the original copy won’t affect any other copy that uses the object. Deep copy makes execution of the program slower due to making certain copies for each object that is been called.

How is Multithreading achieved in Python?

Inheritance allows One class to gain all the members(say attributes and methods) of another class. Inheritance provides code reusability, makes it easier to create and maintain an application. The class from which we are inheriting is called super-class and the class that is inherited is called a derived / child class.

They are different types of inheritance supported by Python:

What is dictionary in Python?

What does this mean: *args, **kwargs? And why would we use it?

What are negative indexes and why are they used?

The sequences in Python are indexed and it consists of the positive as well as negative numbers. The numbers that are positive uses ‘0’ that is uses as first index and ‘1’ as the second index and the process goes on like that.

The index for the negative number starts from ‘-1’ that represents the last index in the sequence and ‘-2’ as the penultimate index and the sequence carries forward like the positive number.

How can you generate random numbers in Python?

Random module is the standard module that is used to generate the random number. The method is defined as:

The statement random.random() method return the floating point number that is in the range of [0, 1). The function generates the random float numbers. The methods that are used with the random class are the bound methods of the hidden instances. The instances of the Random can be done to show the multi-threading programs that creates different instance of individual threads. The other random generators that are used in this are:

What is the difference between range & xrange? (Python2)

For the most part, xrange and range are the exact same in terms of functionality. They both provide a way to generate a list of integers for you to use, however you please. The only difference is that range returns a Python list object and x range returns an xrange object.

This means that xrange doesn’t actually generate a static list at run-time like range does. It creates the values as you need them with a special technique called yielding. This technique is used with a type of object known as generators. That means that if you have a really gigantic range you’d like to generate a list for, say one billion, xrange is the function to use.

This is especially true if you have a really memory sensitive system such as a cell phone that you are working with, as range will use as much memory as it can to create your array of integers, which can result in a Memory Error and crash your program. It’s a memory hungry beast.

What is pickling and unpickling?

How are arguments passed by value or by reference?

Everything in Python is an object and all variables hold references to the objects. The references values are according to the functions; as a result you cannot change the value of the references. However, you can change the objects if it is mutable.

What is pass in Python?

pass is a no-operation statement

What is monkey patching and when is it used?

Monkey patching is changing the behaviour of a function or object after it has already been defined. For example:

One reason to monkey patch would be in testing.

These are decorators. A decorator is a special kind of function that either takes a function and returns a function, or takes a class and returns a class. The @ symbol is just syntactic sugar that allows you to decorate something in a way that’s easy to read.

A lot can be said here. There are a few main points that you should mention: