My mentor helps me think like a Senior Developer

Daniel has walked a long path to arrive in tech. Originally part of the finance industry, he’s had to pivot his career by 180 degrees when the greatest recession in his country hit and left him looking for a new purpose. Here’s how his passion for building websites led him into tech and how one of our mentors helped him reach the next level!

Hey Daniel! Thanks for doing this with us! Let’s start at the beginning, what’s your background? Who are you? What’s your history?

My name is Daniel Carlman and I was born in Rio de Janeiro, Brazil. I have an undergraduate degree in Economics. Before I moved to tech, I used to work as a financial analyst for a telecommunications company. While I do think finance is fascinating, the career itself really isn’t. I kept going because I didn’t really have a plan B and everybody seemed to be happy with my work. I was doing pretty much what I thought was expected of me.

Then the greatest recession in Brazil’s history happened and more than 2000 employees were let go, including myself. At the time, I remember being devastated, not just because I had lost my job, but because deep down I knew my heart wasn’t really in it. I realized finance wasn’t for me and it was time to start fresh in a new career. I just didn’t know exactly what.

In the meantime, I became a freelance translator. I translated everything you can think of, from religious books to children’s songs and quickly became a Top-Rated freelancer in Upwork. That was a very important time in my life. That’s when I learned how to work and build a relationship with clients and how to manage my time working from home. It was the best thing I could have done before finding my passion, which turned out to be programming.

How did you first find an interest in tech?

My wife is a Ruby on Rails programmer. One day we were having a conversation about childhood hobbies and she was telling me about how she used to build websites when she was a kid and how that got her interested in a career in tech. She was surprised to find that I had a very similar hobby and that I enjoyed building retro gaming websites using Frontpage and FTP Explorer when I was young.

She then told me about Front-End Development and how modern websites are built with frameworks or libraries such as Angular and React. I started asking a lot of beginner questions such as ‘what programming language should I learn?”. One thing led to another and before I realized I was creating websites using HTML, CSS and JavaScript. My first project was a JavaScript version of an American TV game show called “Deal or No Deal”.

The story about how I got my first job in tech is very interesting. I was a member of a WhatsApp group about videogames and I decided to share a screenshot of that specific project. That caught the attention of my former boss, Vinicius. He asked me if I knew how to work with React because he was looking for a Front-End Developer for his start-up.

Right then and there I knew this was a great opportunity for me to learn and get my tech career started. I told him I didn’t know anything about React but that I was willing to learn. My proposal was quite simple: I’d work for free for a month, learn React and if he liked my work, he could hire me after that. That’s exactly what happened.

You are working with Farzad on MentorCruise – what are you looking to learn from him?

I want to learn how to think like a Senior Developer. Because I had to learn React pretty quickly to land my first tech job, I feel like I skipped some very important steps. I contacted Farzad because I wanted to get back to the basics, learn the foundations of JavaScript and create a portfolio of projects, with the goal of eventually getting hired as a Front-End and JavaScript Developer in the United States, where I currently live.

Why did you look for a mentor? How did you land on Farzad?

My original plan was to enroll in a coding bootcamp after arriving in Chicago. Then the pandemic happened and changed everything. Paying 15k no longer seemed like a reasonable thing to do. I started to look for different options and eventually found out about MentorCruise. The idea of having 1-on-1 mentorship sessions for a fraction of the cost of a coding bootcamp appealed to me immediately.

Farzad’s profile caught my attention because he loves teaching. During my search for a mentor, I decided to check his website and watch a live talk he did for HolyJS on Youtube. The first thing that caught my attention is how knowledgeable he is about programming and also what a great communicator he is. He works for Epic Games, the creator of Fortnite. I love videogames, so there’s that too.

“My mentor helps me build confidence”

What did you expect when you first signed up? Did you have to change your expectations?

He was happy to hear that because some people unfortunately treat mentorships as freelancing, where the “mentors” do all the coding so the “mentees” can finish a project they’re stuck in. So, it was a good thing we had our expectations aligned since the beginning.

What were your short-term and long-term goals for the mentorship?

In the short-term I want to keep learning new things and land a new role as a Front-End Developer. My long-term goal is to become a Senior Developer and accumulate a lot of experience in order to one day become a mentor myself. I want to give back to the tech community even more than what I found.

Is your mentor helping you getting there? How would things look like without your mentor?

Absolutely. The most important thing Farzad did was to help me believe in myself. Coding can be a very daunting and frustrating task, especially for beginners. 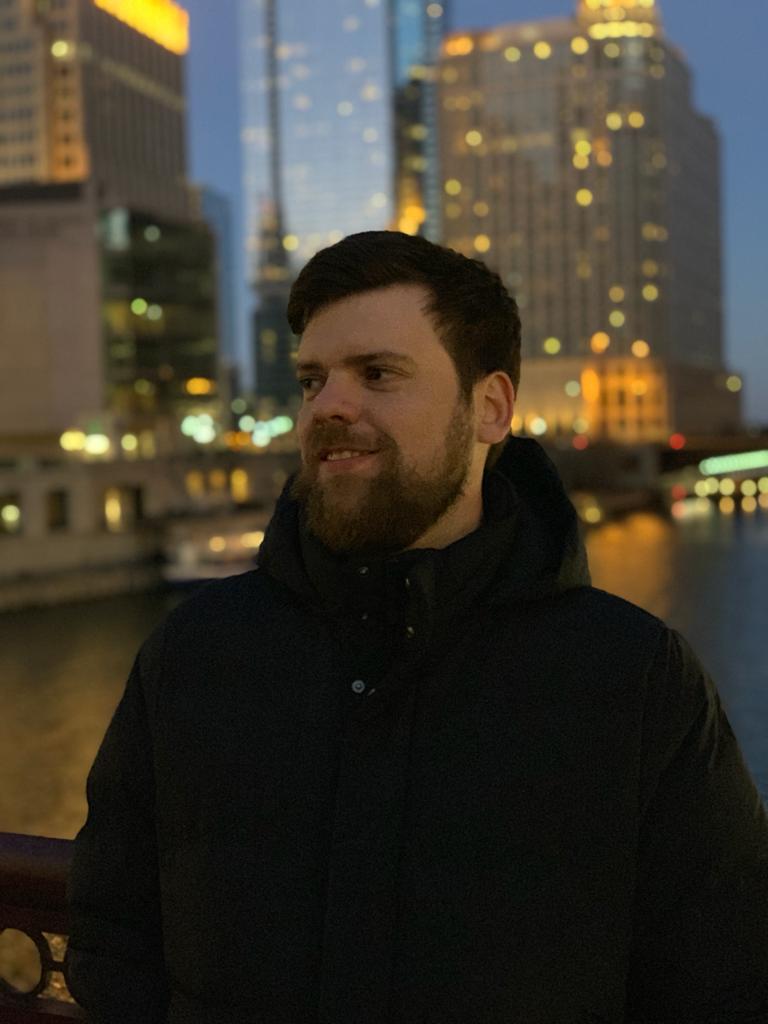 Pretty much all developers struggle with Impostor Syndrome at some point. Without him as a mentor, I don’t think I would be where I am now, not in terms of coding skills and certainly not in terms of building confidence. A developer needs to know how to deal with frustration, which is something I wasn’t used to when it came to coding.

From a strict coding perspective, I would have probably accumulated a lot of bad coding habits that Senior Developers such as Farzad can easily spot. This is the kind of experience you can only get after years in the field.

How are you typically communicating with your mentors?

We use the MentorCruise chat to communicate on a daily basis. Every Thursday there’s a 1-on-1 video call. That’s when code reviews and pair programming happen. I am usually the one who gets to pick what topics are going to be discussed. This works very well because it keeps me engaged.

“MentorCruise has changed my life!”

How does the future look for you? What are the next steps?

Right now, I’m looking for a job as Front-End Developer. I have previous work experience and I’m getting better as a developer every day with the help of my mentor, which is I’m really confident about my future in tech.

Is MentorCruise part of that?

Yes. I can say absolute with confidence that MentorCruise changed my life. Starting a new career isn’t easy. Having a mentor at my disposal for the fraction of the cost of a bootcamp during a global pandemic was a game changer.

Instead of a cookie-cutter “one size fits all” kind of learning experience, where every project you’re going to do is already chosen for you, you get to pick the brain of a Senior Developer, someone who’s knowledgeable and is fully dedicated to helping you learn. You can do things at your own pace, something that video courses and bootcamps are simply not able to provide because they have to cater to as many people as possible.

There is no time pressure and no final projects or exams, which is something I personally find very liberating. I want to learn in my own time and have fun. I don’t want my learning to feel like a chore. That’s why I chose to stick with MentorCruise and why I would do it all over again.