In this new series, we will take a look at our diverse and awesome mentor team here at MentorCruise. Building this platform wouldn’t have been possible without the support of them. Today, we are going to talk to Adrianus Warmenhoven. 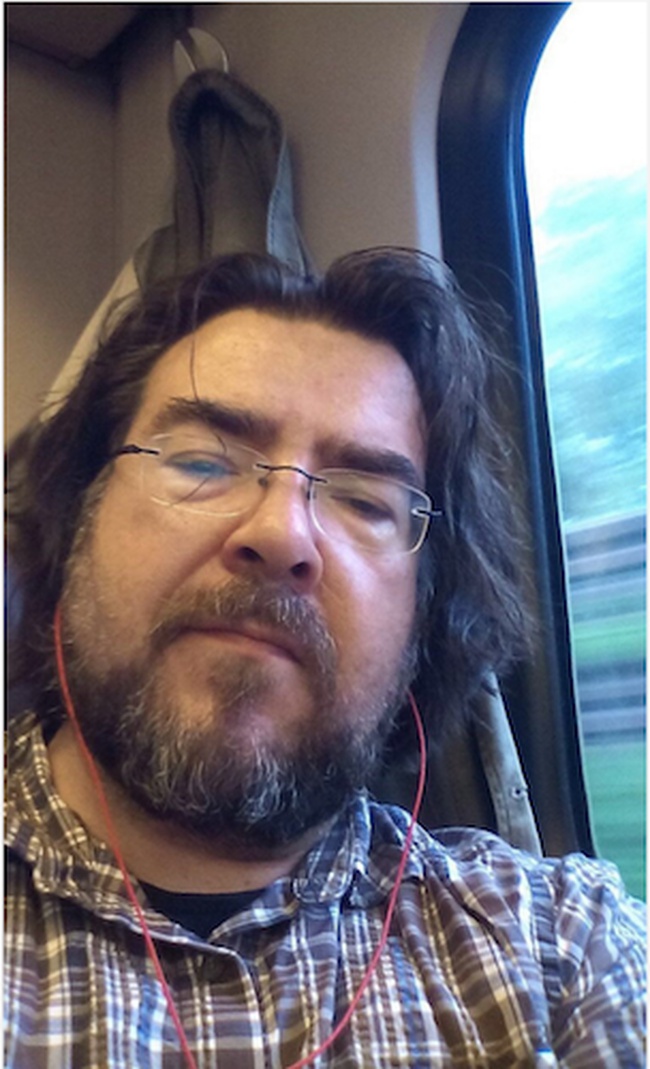 Adrianus is one of our mentors on MentorCruise. Visit his profile now and get mentored by him: https://mentorcruise.com/mentor/AdrianusWarmenhoven/

Hey Adrianus! Before we get started, why don’t you tell us a little bit about yourself?

The most important things in my life are my son and my wife. I will never understand what I did to deserve them, but hey, I am counting my blessings.

At heart and in the core of my being, I am a hacker. That is neither good nor bad, it simply means I am curious about everything. And I want to understand everything. So that I then can control and/or play with everything. Literally, everything; technology, people, nature, life…

My basic life philosophy is that one should try to be a good person first and foremost. Everything else follows from that. And that sometimes means letting go of actually being a good person; be nice, until it is time not to be nice.

My first job was kind of accidental; Sir Tim Berners Lee had literally (in the months before) invented the World Wide Web and we were playing with NCSA Mosaic at the university.

Someone at the university thought that it would be a good idea to have an office, so I got a room in a lab.

Since they had to walk past a couple of biohazard placcards and some radiation gauges (the university had its own particle accelerator some 50 meters from my office), my customers always wanted to meet at their premises or at some coffee shop (the coffee drinking kind; I need to clarify that since it was in Amsterdam).

You have worked on some impressive stuff in the past, including one of the first free ISPs in the Netherlands. Tell us about the project you are most proud of.

To be honest, the project I am most proud of has nothing to do with technology. It is the number of people that have transcended what everybody ever thought they could become.

And the most striking example is Mr. Marijn Meijles (co-founder of http://fuga.com/ ). Marijn is a full paraplegic; he calls it ‘being 100% spastic’.

We met at a dinner that was hosted so I could get to know some other fellow and during the course of the meals to conduct a job interview with that other person (he got hired).

Marijn was also present. And the most remarkable thing happened; he felt comfortable enough to correct me on some technical matters and we got into a technical discussion where I completely forgot that he was handicapped.

When I told them “but I am still going to hire him, he is the best coder I have ever met” they told me I was crazy.

Well, I am happy both he and I stuck to our guns. Marijn really became the best coder in my team, founded a family, has kids of his own and runs a company where 80 people work for him.

I have lots of other stories about people, so tag me on MentorCruise if you want to hear them.

But people, those are the projects I am proudest of.

What is the best advice you can give to someone wanting to follow your footsteps?

Just do it. Go in guns blazing. But do so being prepared. Max out your skills, get yourself in a comfortable place, and then just go in. You get one chance this lifetime, no returns, no replay.

Why did you decide to join MentorCruise?

I want Dominic Monn to be successful ; )

Basically because it allows me to set a small bar so that I can focus on people that are really motivated.

Also, I had very good fortune to be mentored by someone in a very senior position; he taught me to take the anger out of myself and channel that energy to study and work very very hard.

Now that you are a mentor — who would you like to mentor? What is your desired mentee like?

Anyone that is motivated. I am not easy. Friendly, yes. Easy, no. So keep that in mind :)

Let’s have some fun while we are at it!

Adrianus is one of our mentors on MentorCruise. Visit his profile now and get mentored by him: https://mentorcruise.com/mentor/AdrianusWarmenhoven/