In this new series, we will take a look at our diverse and awesome mentor team here at MentorCruise. Building this platform wouldn’t have been possible without the support of them. Today, we are going to talk to Bapusaheb Patil. 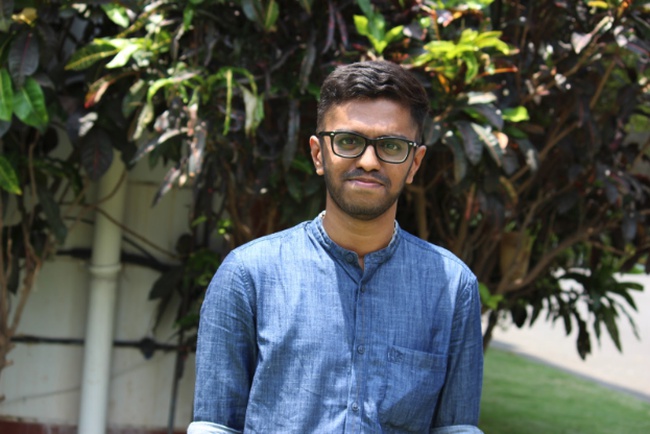 Bapusaheb is one of our mentors on MentorCruise. Visit his profile now and get mentored by him: https://mentorcruise.com/mentor/BapusahebPatil/

Hey Bapusaheb! Before we get started, why don’t you tell us a little bit about yourself?

Hello everyone, I’m Bapusaheb, and I wanna thank Dom for having me here on MentorCruise, it’s been a great pleasure.

I’m a self-taught Android Developer and I’ve been into Android Development since 2.5 years now. I’m a UX-oriented mobile app developer, and I love making apps that have a great balance of design and rich functionality.

I’m a Google Certified Android Developer, an IDF Certified UX Designer, and a Writer for freeCodeCamp, Mindorks, AndroidPub and ProAndroidDev.

I also love to design watchfaces for Android Wear for fun.

I’ve been in love with Android since the 9th grade. I still remember the first Android phone I got. It was a Spice Mi-425, and it was really, really slow. But I loved using it anyway and I liked the Android experience. Live wallpapers, chat apps, and whatnot.

But I really got into the development side of it in my sophomore year of my undergrad college, where I was majoring in Computer Science. I started doing the free courses in Android from Udacity, and after about a year of doing them and building a few apps, I started the Android Developer Nanodegree, which changed things for me. Four months into my Nanodegree, I released my first app on the Google Play Store. And a few days later, I started applying for internships. I could secure 9 of those because of the projects I’d done, my experience with building mobile apps with good UX, and the certification from Google might have helped quite a bit too. I think how I presented myself online via my GitHub and LinkedIn did the trick in impressing people with my skills. :-)

What would you say is your biggest success so far?

My biggest success would be giving a talk on-stage at a developer conference here in Bangalore, India, in a meetup group called BlrKotlin, which is a local group for Android developers passionate about Kotlin.

I talked about Anko & Karamba in Kotlin and my 30-minute, meme-filled talk on the topic was for people who had either beginner or intermediate experience with Kotlin. I networked a lot at the conference, it was a lot of fun to meet people with the same interests and with the same level of passion about something I’d been passionate about since quite some time.

The talk changed a lot of things for me, and apart from building good connections, it gave me more confidence to speak on-stage in front of a crowd. I said goodbye to my stage fear.

Fun fact: I got another internship at the conference from someone I met there, who also happened to be a speaker at the very same event. ;-)

How did you get started with public speaking?

As I’ve mentioned above, I first started speaking on-stage at the 3rd Meetup of BlrKotlin, in March of 2018.

I connected with the founder of the group over LinkedIn a month prior to the meetup and had a small chat with him about Kotlin, and why it’s gonna replace Java in the near future. He was very friendly and he suggested that I submit an idea and talk on-stage about it. I hadn’t thought of doing that at all until he’d suggested it.

Looking back on it, I gotta thank him for giving me that moment of clarity where I began thinking of talking about a topic related to Kotlin.

And pretty soon, I was ready with my idea and the presentation for my talk.

Since then, I’ve given two other talks on-stage, and I love sharing my knowledge with other developers via that medium; it’s exciting and I try to keep my talks light and humorous, which makes preparing the presentation all the more fun.

What has been your favourite project that you have done so far?

My favorite project has to be Pantheon. It’s a pretty simple template app for event publicity, but I’ve experimented with a lot of new Android tech in it over the months and planning the UX for this particular app has been pretty amazing. I’m still working on it on days when my schedule isn’t overwhelming, and it has been fun to work on.

Apart from that, I’m currently learning Flutter development and building Flutter apps. For those of you who don’t know, Flutter is a cross-platform mobile SDK that lets you write apps that run on both iOS and Android. I think Flutter is the future for mobile apps and I want to keep working on it for the foreseeable future.

Now that you are a mentor — who would you like to mentor? What is your desired mentee like?

I’d take in any mentee who has a passion for Android development or Kotlin, and is determined to put in the work even on days when he/she isn’t motivated. I don’t think Android development is easy to people who are new to programming, and it takes a lot of discipline and persistence to become an Android Developer.

Being passionate about what you do or what you want to do is important if you want to keep up with whatever new thing shows up over the horizon in your line of work.

I’m grateful for having a good support system throughout my journey so far, be it from my parents, my mentor Rohan Taneja (who’s also a mentor here) or a few of my close friends, and I think apart from working on your craft and upskilling yourself, it’s also important for mentees that they audit who they spend their time around or who they spend time talking to, because that plays a huge role in their success. :-)
Here’s my website: www.bapspatil.com and you can find all my socials there!

Bapusaheb is one of our mentors on MentorCruise. Visit his profile now and get mentored by him: https://mentorcruise.com/mentor/BapusahebPatil/