Looking to learn a new skill? The vast amount of resources on any topic on the internet can feel overwhelming at times. A mentor can give you an overview of worthwhile content, and work with you to create a study plan.

For this session, it is a good idea to know what you're looking to study, how deep you want to go, and when you want to reach that goal. Based on that, a mentor will come up with a detailed study plan.

Hi! After working in financial markets for 10 years, I decided to do something different and started teaching. It is a very rewarding job and I love it! My background helps me very much in providing real world exercises and background information. Python is my programming language of choice because you can do so much fun stuff with it so quickly. I love helping my students getting up to speed and see them get creative and build their own applications. My website: https://www.pythonsherpa.com. Looking forward to meeting you!


I am currently working with Microsoft as an Associate Consultant in Azure Cloud and AI domain where I mostly work with Data and Azure. I have previously worked with Postman as a Software Developer intern. I have also completed Google Summer of Code with Public lab. I am skilled in Data Structures and Algorithms, C++, ReactJS, Javascript, MySQL, HTML, and CSS.

Aiden Johnson has over 10 years of experience in data science and machine learning. Aiden is an experienced machine learning practitioner with background knowledge in a diverse array of fields. Most recently he is working as a data science consultant. Prior to consulting he worked at CVS Health helping them optimize minute clinic scheduling. Before joining CVS Aiden was at Lincoln Financial Group in Hartford, CT. While at Lincoln, Aiden developed a cross sell prediction models and automated underwriting models. Prior to his time in Connecticut, Aiden worked for the ...

I am a Full-Stack Software Engineer and Consultant, experienced with languages including JavaScript, Ruby, Python, Haskell and Clojure.

I love to teach and mentor others and have experience running free workshops, such as Code Club, ClojureBridge and Code First Girls, teaching a variety of languages from Haskell and Clojure to Python and SQL ...


I'm Jack, and I have been using data science to inform business decisions for over 4 years. I started out my career as a cryptocurrency derivatives trader at a top-tier hedge fund, where I implemented trading algorithms that made $2m in PnL. Currently I am an actuary for a bank, while consulting for a recently IPO-ed fintech company as a data scientist. I have also worked with several F500 firms, as well as a premier football league of Australia.

In my spare time I am working on some deep learning ...

I am an experienced Data Scientist with a strong passion for solving problems using Data Science. I have 8 years of professional experience working in the manufacturing, facilities, and healthcare domain. I have also worked on various data science projects in other domains (finance, energy, gaming, IT services, etc.). My specialties include anomaly detection, image classification, statistical modeling. I am also a certified Brown-Belt in Lean Six Sigma Statistical methodologies with experiences in project & stakeholder management. My transition to data science wasn't easy as I faced several rejections until ...

Majoring in Natural Language Processing and Deep Learning, I have worked with multiple transformer-based models (such as BERT, GPT-2) for Text Processing and Text Generation, and using Distillation methods to transfer the knowledge to a much simpler model like LSTM, to deploy as an AWS Lambda service.

I have been a Teaching Assistant in Deep Learning class of a non-profit organization as well as mentored intern students in my company. And I find myself loving to help people with their first steps in the "ML journey".

Ever struggled in school and needed a bit of guidance to accomplish your goals? Know there is more you can do but just need a little extra push? Rest assured, you have come to the right place! Python? Cyber? Problem Solving? General Machine Learning? Data Science?
I am the person for you who will help you to see your goals and generate actionable steps to make positive progress!

I have a strong grasp over Machine Learning and Deep Learning fundamentals and have mentored multiple students so far and love helping my mentees achieve their goals. I don't believe in rote memorization, instead, I explain concepts intuitively. I help my mentees in developing firm mental models that they can use to learn concepts faster without memorizing equations.

Shaksham has 2+ years of professional experience in data science. He is an experienced ML and NLP practitioner and is currently working as a Jr. Data Scientist at Appzen Labs, developing NLP/ML-based products. He has also done extensive research in ML and NLP, where most of his work was focused on using ML /DL models to enhance existing models' performance. His current research is focused on NLP and knowledge-based graph search. Being good at maths, he is also comfortable with the mathematical details which run behind any ML/DL algorithm/model. So, ...

I'm a wizard who makes iOS Apps for muggles. I love creating personal apps and trying out the various methods of creating the same app. I'm super fascinated with Animations and intuitive designs and I always ensure that the apps I work on have an abundance of the same.


A programmer with a passion for helping people solve frustrating problems—He got started at 18 years old (in 1999) writing a data conversion script in Perl for his mother’s client in the manufacturing industry.

Since then he's worked for various companies over the years, but he's primarily been a freelancer and consultant. His clients have included small businesses, universities, and large organizations (e.g. The Department of Veterans Affairs, Time Warner & Master Card) across various industries (e.g. retail, marketing, health care, education, research, and non-profit).

Customer-obsessed, value-driven product manager with a proven track record of approaching the product development lifecycle as holistic, simultaneous, problem-solving of both user and business goals. Hands-on leader enthusiastic about making an impact by creating a transparent vision, while supporting team collaboration and a culture of innovation. Conversant across all disciplines from software development to marketing and design.

I am an Advanced Certified Scrum Product Owner and Certified ScrumMaster, pragmatic enough to know when and how to use Agile. As an Agile coach, I have the ability to effectively communicate with ...


As a Designer I focus on making a positive impact on the end-users lives by taking on complex projects and transforming them into intuitive and easy to use experiences while maintaining a close collaboration with all the internal and external stakeholders.

As a Career Manager I focus on helping my mentees reach their goals while also planning together career roadmaps which can focus on hands on tasks, reading material, coaching, technical guidance and support etc

I do focus a lot on client interaction and storytelling because this enables me ...

Hi, my name is Andrey, I am a Full Stack Android and iOS developer with a deep passion for mobile applications that facilitate the day to day of people. I have worked for a long time in a personal project which has helped me accumulate a lot of knowledge about the fascinating world of technology.

How does this work?

We make it as easy as possible for you to get in touch with a vetted and experienced mentor. Just make a choice, book and get in touch.

Out of half a dozen different sessions and a variety of available mentors.

Whenever you're ready, it takes five seconds and you're done.

Done! You're receiving all info you'll need for your session.
Not satisfied? Money Back!

We understand the impact of a solid mentorship on any student or professional’s life. But, we were frustrated with expensive bootcamps, online MOOC courses & video programs with their lack of 1-on-1 coaching. That’s why set out to build a platform that’s affordable, offers rock-solid career adivce & improves your life. 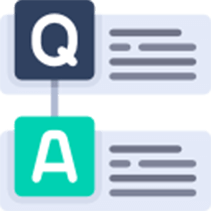 All your questions about mentors, sessions and how it works answered. 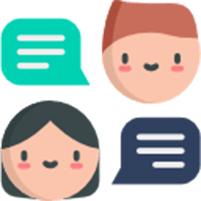 There are hundreds of other mentors available for longterm mentorship in our core program.